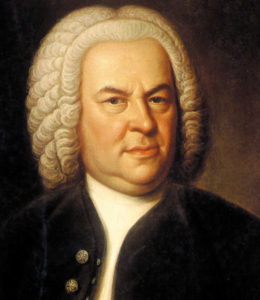 He began his training with his father learning to play the violin and the harpsichord, and his older brother Johann Christoph Bach taught him to play the organ during his early years. When he was 15 years old, he moved to Lüneberg and continued his general education and musical training. Aside from this, little is known about his further musical training. However, it is widely accepted that Bach was constantly challenging himself to learn new styles of music that were available to him. He was curious about the music by his contemporaries such as Pachelbel, Keiser, Frescobaldi, Froberger, Telemann, Fischer, Strungk, Corelli, Buxtehude, Bruhns, and Böhm. In 1705, J.S. Bach, then a young man of twenty, walked from Arnstadt to Lübeck, a distance of more than 400 kilometres (250 mi), and stayed nearly three months to hear the Abendmusik, a series of concerts by the pre-eminent Lübeck organist, Dietrich Buxtehude and to hear him play, as Bach explained, “to comprehend one thing and another about his art”. He was a serious learner!

During Bach’s time, the most obvious way to learn to become a composer was to copy music that was already written. Bach was no different. By doing so, he was able to learn the inner details of the musical construction. He never stopped learning new styles of music throughout his entire career. Bach was also able to absorb the more modern Italian style even though he never traveled to Italy in his lifetime. There were German composers, such as Heinrich Schütz, who were influenced by the Venetian School of composers and brought the Italian style back to Germany. Bach must’ve had access to their music and studied them very enthusiastically, again, by copying them.

What kind of a teacher was JS Bach?

He had many students who studied with him including his own children. There is a famous motto by Bach,  “I have worked hard, and anyone who works just as hard can accomplish what I’ve accomplished”. This unusual sense of diligence and humility made Bach one of the most accomplished musicians of the entire history of music, and I assure you that nobody could really emulate what he had accomplished no matter how hard they might have worked.

Bach demonstrated superior musicianship by playing the difficult passages himself for his pupils, so they can hear how it’s supposed to be played. Because he wanted a solid technical foundation for his students, he was not afraid to instruct them to drill or repeat a certain passage excessively. He also composed some music as teaching tools such as the Inventions or Clavierübung, but most importantly, he exemplified how one can be a life-long learner by “working hard” through self-instruction. His voracious appetite for learning and combining the old and the new styles continued until he died in 1750.

For our upcoming Cantata Insight Series, we’ll be performing one of Bach’s earlier Cantatas, #12 – Weinen, Klagen, Sorgen, Zagen (Weeping, Lamenting, Worrying, Fearing), written in 1714 when he was in Weimar acting as the appointed court musician in the chapel of Duke Johann Ernst III. The title of this cantata reflects on the sorrow one felt after the crucifixion, but Bach expresses his faith in God’s purpose to alleviate the pain. This Cantata exhibits his preternatural ability to craft exquisite music early on in his career and captures a kind of deep emotion that resonated then and now.

Get your tickets for this performance now!