Why Mass in B Minor is So Special

Bach’s Mass in B Minor is a unique composition. J.S. Bach was a hard-core Lutheran, and most of his vocal works were composed for specific liturgy as part of Protestant worship services. Martin Luther, the Lutheran reformer, had a significant influence on the composer.

So, why a mass setting since it is technically a part of Catholic service?

There is no clear justification why Bach wrote the mass setting, nor is there record if it was ever performed in its entirety when the composer was alive. However, Mass in B Minor is considered to be Bach’s most diverse and universal composition. Throughout his career, Bach dedicated himself to write mainly for his Lutheran congregation, but with his B minor, Bach reaches the audiences far beyond his Lutheran circle. Perhaps he realized that most of his vocal music would not reach anyone who was not Lutheran, and therefore, he wanted to write something for the entire humanity regardless of the religious background.

Mass in B Minor is the last major work that was finally compiled together during Bach’s final years from 1748-1749. It contains both old and much newer style. There are movements emulating 16th-century counterpoint such as Kyrie or Dona nobis Pacem. On the other hand, the movements such as Laudamus te or Qui sedes are in a newer style following the Italian trend. 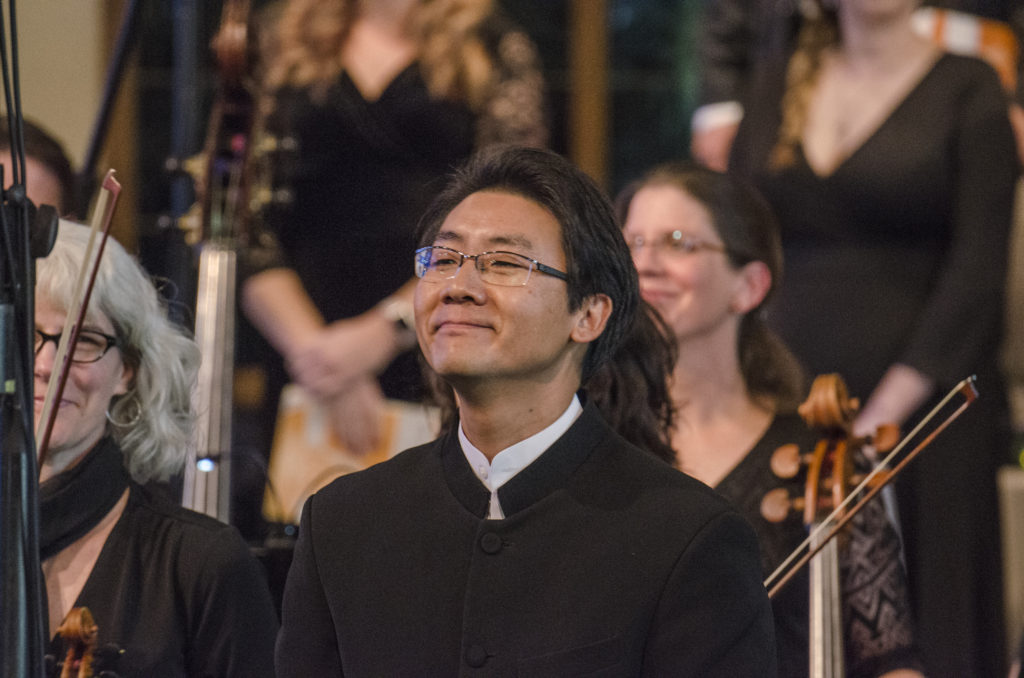 When Colorado Bach Ensemble was founded in 2012, Mass in B Minor was chosen as the very first piece to be performed.

It was rather a daunting task for a brand new organization to tackle one of the most complicated works in the entire choral canon. It was a challenging task for me to recruit and gather the musicians since nobody really knew who we were and what we were about to launch.

During our past six seasons, we have presented all of Bach’s major works: the two Passions, Christmas Oratorio, B Minor Mass, and numerous cantatas. We are now circling back to when Colorado Bach Ensemble was founded six years ago.

Mass in B Minor is a gift to everyone from one of the greatest composers who walked on this planet several hundred years ago. I am most excited to bring this back to our Coloradans to enjoy this amazing artwork.