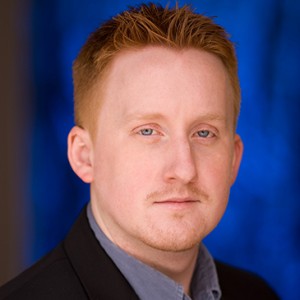 A native of Portland, Erik is highly active across the nation as an oratorio soloist and choral artist. He received a degree in Vocal Performance from Arizona State University and currently resides in Durango, Colorado. Erik has collaborated on choral albums with Bach Collegium San Diego, Conspirare in Austin, TX, the Tucson Chamber Artists, and Sounding Light in Detroit, MI. He has also performed as a soloist and chorister with the renowned Bach Vespers series at Holy Trinity Lutheran Church in New York City, and has performed with the American Symphony Orchestra and the Collegiate Chorale in venues such as Carnegie Hall and Alice Tully Hall. He has performed as the Evangelist for Bach’s St. John Passion with Tucson Chamber Artists, as tenor soloist for Mendelssohn’s Elijah with Abendmusik in Lincoln, NE, as tenor soloist for Bach’s St. Matthew Passion with Spire Chamber Ensemble in Kansas City, and as Evangelist and tenor soloist for Bach’s Christmas Oratorio with the Musica Redemptor Orchestra in Austin. He returns to the Arizona Bach Festival for another Evangelist appearance, having already performed both the St. Matthew and the St. John Passions previously.